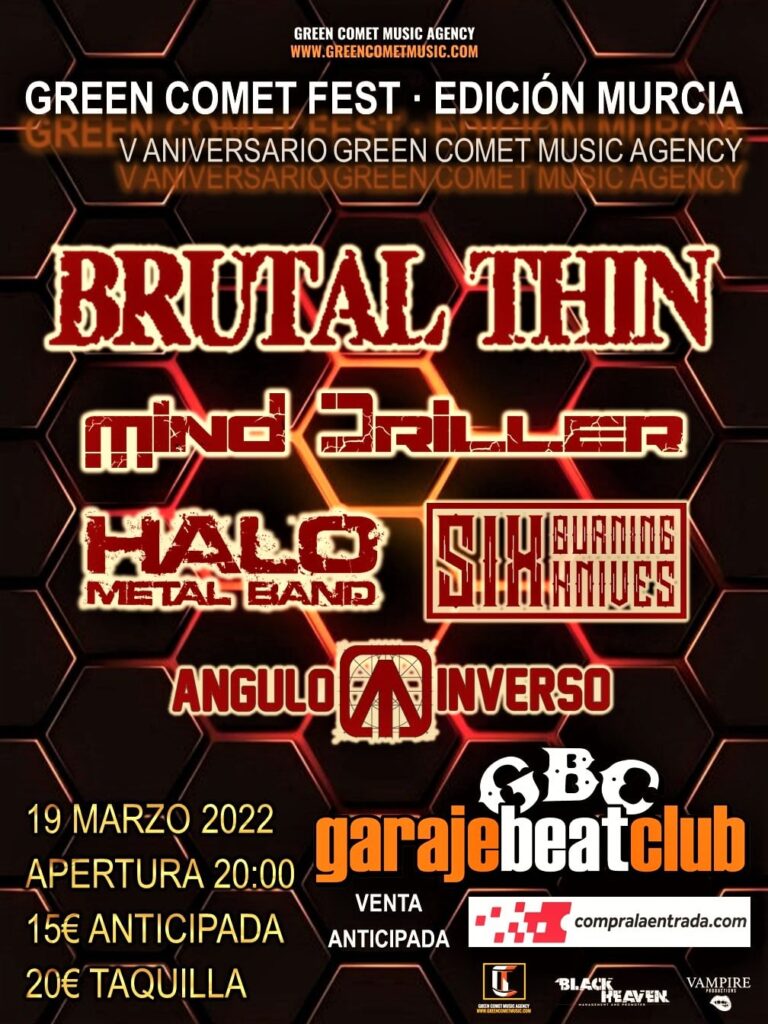 The Murcia event will be headlined by Brutal Thin from Algeciras, who are celebrating their 30th Anniversary after the release of the digital compilation "30 años en bruto" with 30 of the best songs from their eight albums.

They will share the stage with MIND DRILLER from Alicante, who after presenting their successful album "Involution" in several countries and confirming their presence in the main Spanish metal festivals, present "Inbolution", an EP as a B-side with new songs and remixes.