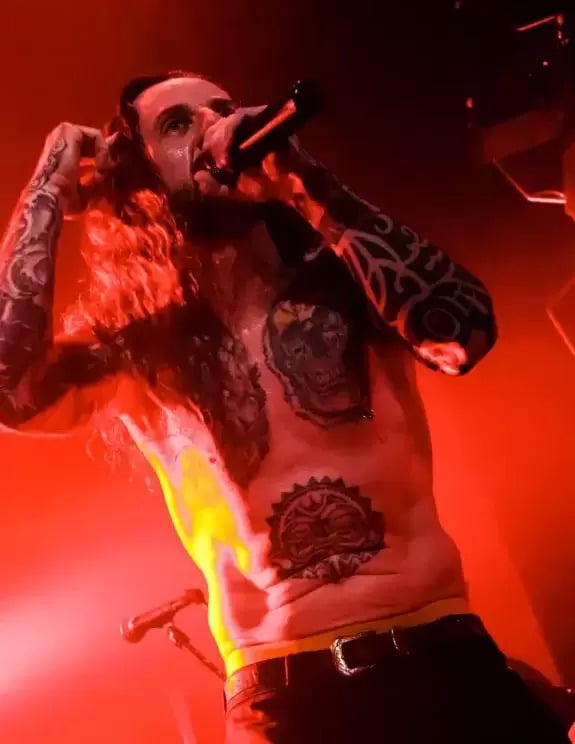 DRAGO's performance at the recently finished Vampire Fest, the online festival created and produced by the agency "Vampire Productions", was highly-anticipated and the band from Madrid did not disappoint on the evening of February 17th. The first notes of "Libérame", followed by "Samurai", "El Fantasma del Espejo" and finishing with the spectacular "Lobo" began to sound with an audience of more than 300 spectators and a very warm atmosphere, showing four of the songs from their album "Vórtice" (2020) with which DRAGO showed us their crushing live performance, delighting the audience who attended astonished from their homes at the risk of breaking some close furniture with the power and rawness of the live performance of the band led by Javier Cardoso who is back, more alive than ever and showed us again why he is one of the best frontmans of this country for many years.

Undoubtedly after this concert DRAGO is postulated as one of the greatest bands for this 2021.

DRAGO
LIVE MUSIC IS BACK!

You read right! And it does hand in hand with two of our bands, DRAGO and VOID'S LEGION, which would deploy all of their strenght at Sala Opción de Pinto (C/ Real 18) on April 24th. This will be a special event due to the already known circumstances. Due to Covid-19, the event will have limited capacity and seated […]

DRAGO will participate VAMPIRE FEST's upcoming edition, which will be celebrated on February 17th and 18th online, due to the covid-19 crisis that rumbles across the country. Even though we still can't enjoy live music as we used to, covid will not prevent us from enjoying Javier Cardoso's awesome band.