VOID'S LEGION succeeds with their crowdfunding! 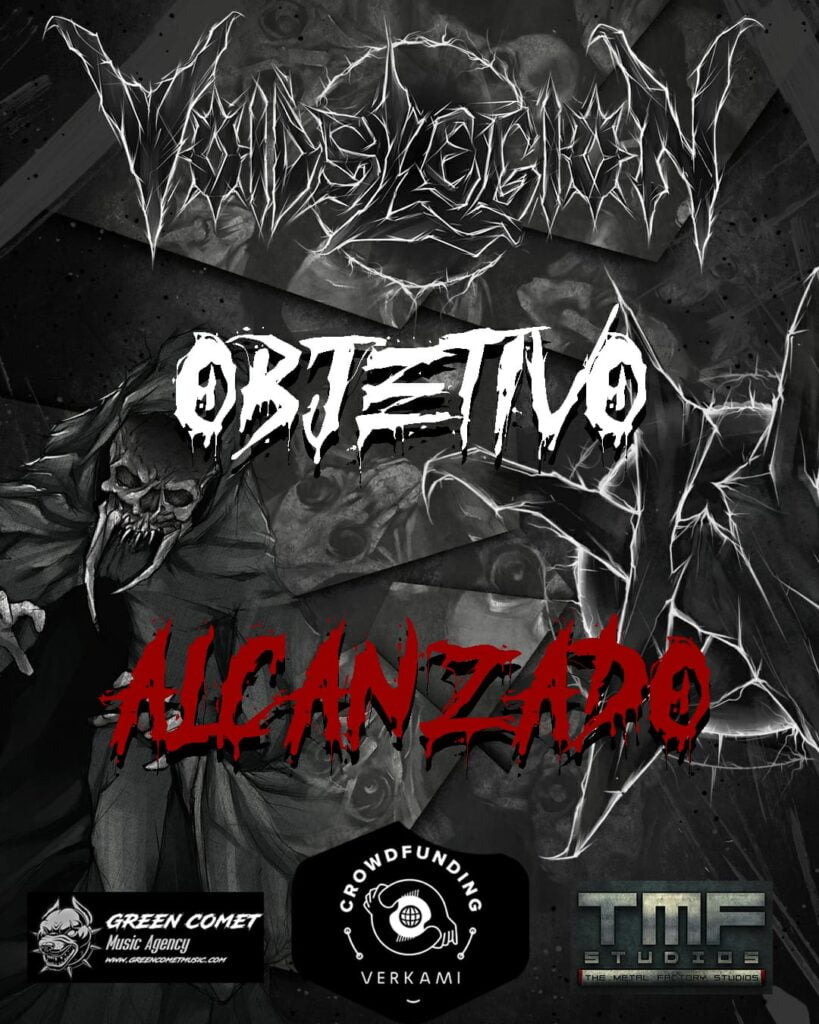 It's finally possible to announce that there will be a Void's Legion album!

As you might already know, the band threw a crowdfunding campaign last November 19th, to be able to fund the release of their first full-lenght studio album and their first official music video. It has been an absolute success, getting past their initial goal. The band is extremely grateful of the good reception they had and the efforts of their patrons. Needless to say they're also grateful for people who invest in culture, as well as of the ones who shared the project in social media. Thanks to you, the band is finally able to move on with their musical project.

Soon, the band will start rewarding their patrons with the promised items, and we will get news from the band.

VOID'S LEGION
LIVE MUSIC IS BACK!

You read right! And it does hand in hand with two of our bands, DRAGO and VOID'S LEGION, which would deploy all of their strenght at Sala Opción de Pinto (C/ Real 18) on April 24th. This will be a special event due to the already known circumstances. Due to Covid-19, the event will have limited capacity and seated […]

A new era in the right way.

That's how we could call Void's Legion's right path, as they already have some news about their first full-lenght album. For the moment, they let us know about their recording date: they'll start on this upcoming February. We are all waiting for the final result of the combination of Alex Cappa and his "The Metal Factory […]