Flat Earth Society is a Progressive Metalcore band, their music is characterized by its aggressiveness, precision and experimentation, mixing many styles to get that unique sound that characterizes them.

F.E.S. was formed in mid 2019 with Carlos, Alex and Daniel, later joined by Jesus and Guillem, with whom they would end up realizing a very simple but clear idea: to be the most interesting proposal of the scene.

Flat Earth Society has influences from bands like August Burns Red, Periphery, Northlane and Veil of maya, achieving the perfect mix between aggressiveness, harmony and a progressive touch giving F.E.S. a unique sound in the genre.

In 2019 the band releases their first work to be known to the world, called "Friends are temporary, Ego is forever", available from February 2020, made in The Metal Factory Studios, Mixed and Mastered by Alex Cappa and Produced by Pablo Rousselon.

In 2021 F.E.S. signs for Green Comet Music Agency and prepares for a tour in Spain after the pandemic hiatus due to which very important dates for the band were cancelled.

Despite this, the band has just finished writing their new material and are more ready than ever to break the national scene with their unique style. 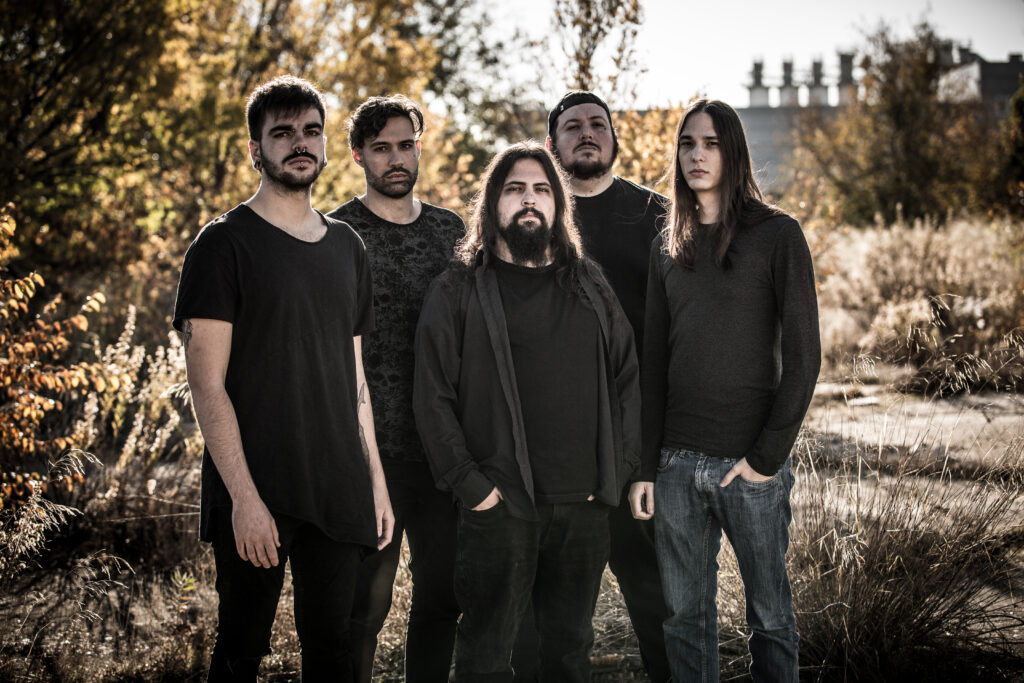