Ah, the mighty stories of the Norwald...
Lands darkened by evil, which would only shine again after the sacrifice of a beloved hero.
'Madness and Heroes' is Norwald's first album, a story of a growing madness, inherited by Thostar, prince of Kajtar.
Thostar was born after a siege against a rival kingdom, Aidaran. They wanted to take Thekar, the Dagger of the Gods, away from the Queen and King of Kajtar. And soon enough Kajtar's monarchs managed to make their firstborn and the weapon disappear.
Several aner (Norwald's year, more or less 'equivalent' to ours) later, Thostar was born in the gloom of a falling reign. His mother wanted to take care of him, but was too unconscious to teach him about the truth. He fell down the path of craziness even before he could know he was lost. His father claimed he fought for Kajtar, while he had forgotten about what was right and what was wrong.
And his hate... his hate grew strong.

Norwald is a young Symphonic Power Metal band based in Spain that plunges the listeners into the vast fantasy world of Norwald. The idea of creating a very deep lore came to lead guitarist and composer, Patri Grief's, mind back in 2012, which started her journey into musical creation. But it wasn’t until 2018 when the band truly formed a more definitive line-up, recording their first album called “Madness and Heroes”. With this record Norwald truly launches, evolving from an ethereal idea to a solid band. Drawing from Grief's immense imagination and vision, this album introduces the brand new fantasy world that Norwald is. Incorporating made up worlds, characters, new mythological creatures, and of course magical stories and plots, the album results in an entirely new spin on Epic Power Metal.
The band recorded at Fete Clemente’s studio, with the exception of drums, which were recorded by their guest Joey Marin de Boer at Mantis Audio. To finish the album as a whole, Norwald sent their tracks to Vamacara Studio in France to get the polished and detailed professional result at the hands of Hk Krauss. The final product saw the light on the 17th of December, 2019, receiving attention from listeners all around the globe.
Norwald's first live appearance was earlier in 2019 at the Battle of the Bands “Forjando Leyendas - del rock” which introduced them to their Spanish manager at Green Comet Music Agency. With these combined forces they began working together to prepare their first Spanish tour between 2019 and 2020. During their concerts, Norwald shows an explosive amount of energy, demonstrated by their inclusion of the audience in their act and nonstop movements around the stage.
Since January of 2020, Norwald counts the voice of Caroline “Phoenix” among their ranks, who travels from California to Spain to participate in Norwald’s latest gigs and upcoming tour.

NORWALD releases a new lyric video for "RUINS OF A KINGDOM"! 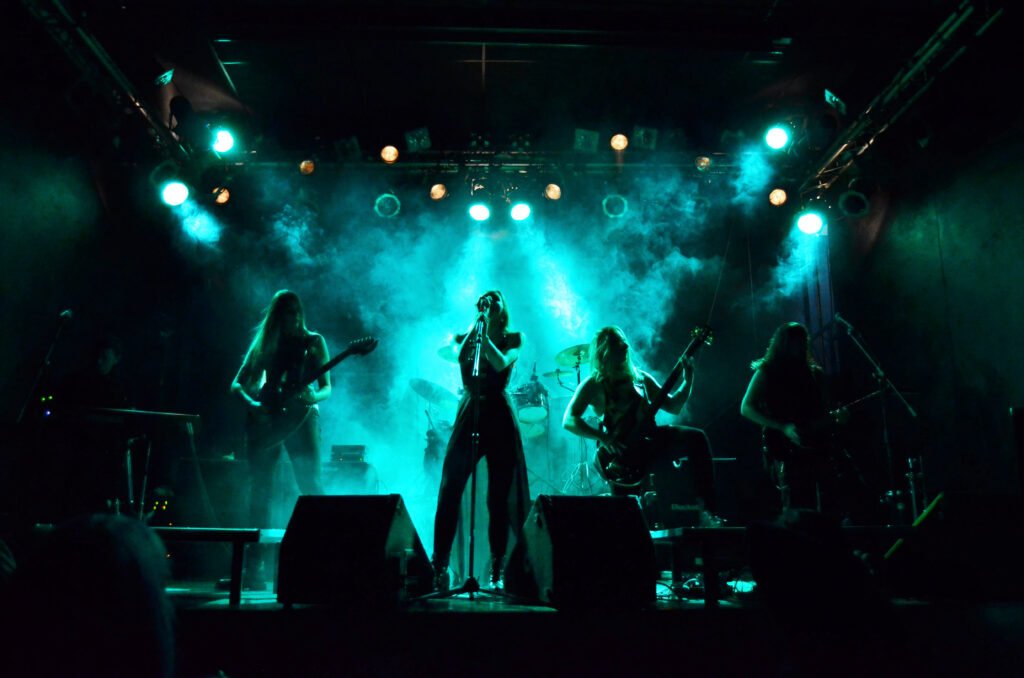